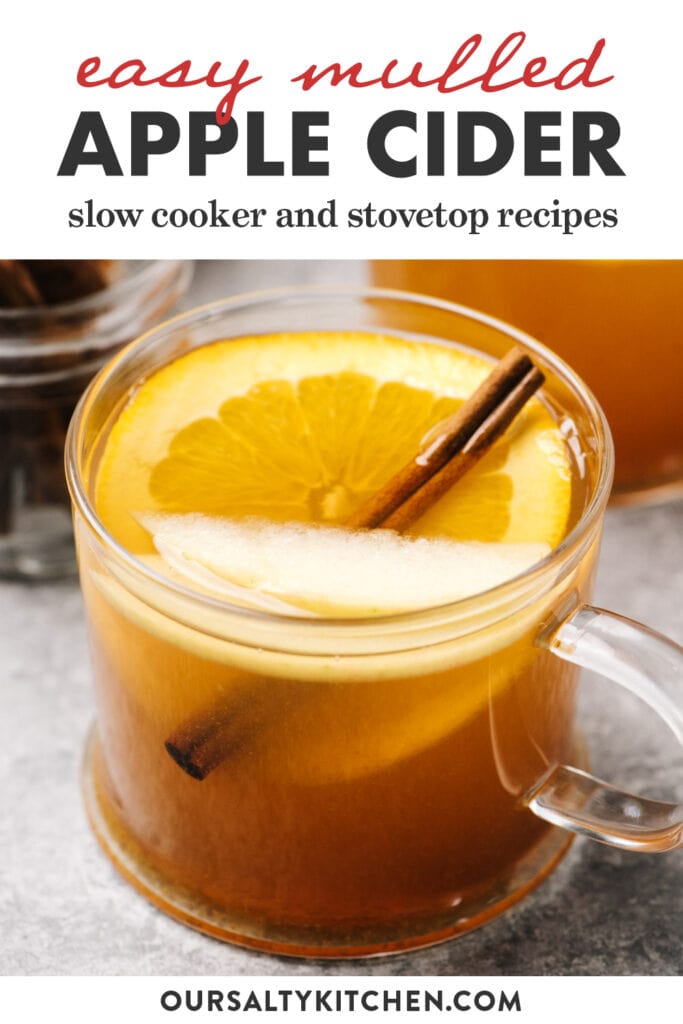 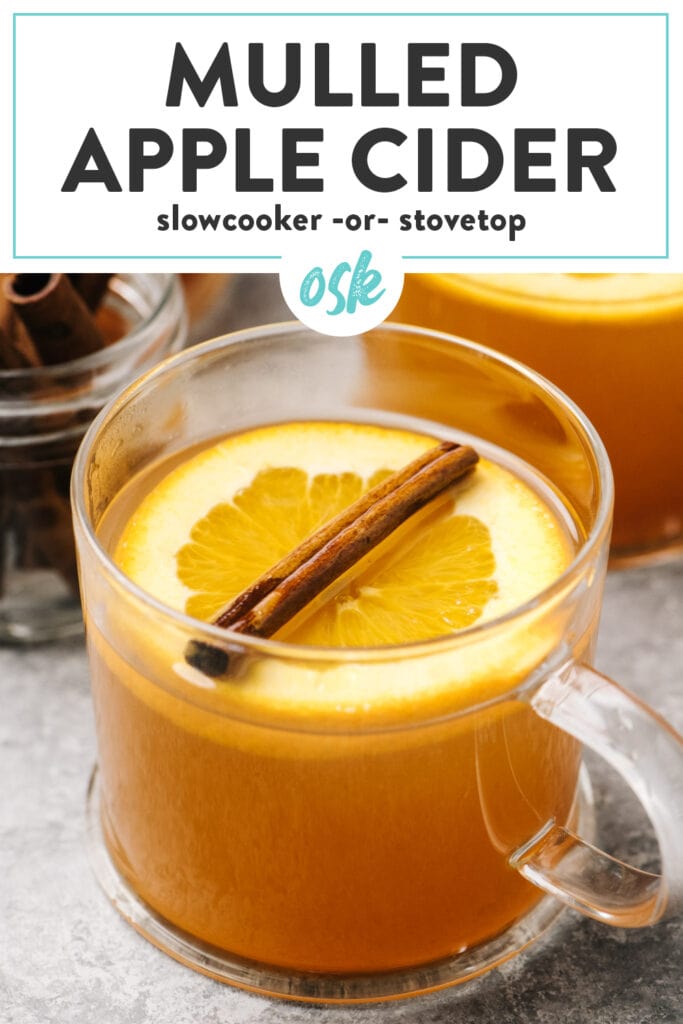 Hard to imagine that with all the fragrant notes of orange, cinnamon, ginger, and clove that Mulled Apple Cider tastes better than it smells, but sipping is believing. While other fall flavors may get more press, this easy apple cider punch has a tart edge while being sweet, spiced, and warm. Want it fuzzy too? Spiked apple cider is just a shot (glass) away!

Far be it from me to desecrate pumpkin spice, but long before cinnamon, ginger, cloves, allspice, and nutmeg were seasoning lattes, they were just common mulling spices used to warm the hearts, souls, and seasonal alcoholic beverages of long-dead ancestors and still-living Renaissance Faire aficionados.

These spices are a key ingredient in the spiked slow cooker apple cider punch that has been a staple of autumnal gatherings throughout my life. Back in the day, we didn’t have apple cider scented candles. Our grandmas did things like shove cloves in whole-ass apples and oranges, and boil them on the stove to the point of fire hazard. Our moms figured out you can do the same thing in a crockpot, plus add alcohol, plus drink it. Tastier and “safer.”

And yes, all this goes back almost a millennium to things like wassail and grog. We didn’t invent spiked apple cider. We’re just the next step in its evolution.

I’ve personally enjoyed spiked apple cider at Thanksgiving, Halloween parties, Football Sundays, Football Mondays, and a 5-year old’s birthday party in October (non-alcoholic, of course, with “optional add-ins” for the grownups). And honestly, this warm apple cider cocktail works through the entire holiday season, because it not only tastes great, (and I cannot stress this enough) it makes your entire home smell amazing.

So, let’s get you set up to make some mulled apple cider from scratch. Key steps:

There’s a lot of personal preference built into a mulling recipe, but for any mulled apple cider mix there are four basic ingredients you’ll want to incorporate:  cinnamon sticks, whole cloves, ginger, and orange slices. From there, you can have fun and customize.

Here’s our list of must-haves for a spice-forward, complex spiked apple cider recipe:

*For these spices, it’s important to search out whole spice – dried are fine – but do not try to incorporate ground spices. Spices do not dissolve and will upset both the flavor and texture of a mulled beverage. If you can’t find one, it’s better to eliminate than substitute for ground.

It’s important to use cider, not apple juice, for this recipe. The easiest way to spot the good stuff:  apple cider should appear slightly “cloudy” and usually contains sediment (also known by their scientific name, goobers) at the bottom or floating throughout.

But the best way to ensure you’re getting that raw, unfiltered goodness is to head to the refrigerated section and check the label. If you see any of the following, put it down:

Buyer beware! Some companies call juice “cider” as an autumnal marketing ploy – always read the fine print to be sure.

Both options work equally well. You can choose to make mulled apple cider on the stove or in a crockpot, however we don’t recommend you make this apple cider punch in an Instant Pot. Kinda kills that beautiful aroma.

Pro tip: the crockpot is great for parties because it works as a serving vessel, frees up cooking space on the stove, and keeps it warm!

My Cider Is Grainy!

This is perfectly normal. The particulates from fresh cider will settle to the bottom of the pot, along with tiny bits of spices as they simmer and fall apart. Stir them back into the cider – they’re delicious. Alternatively, place a few layers of cheesecloth over a fine mesh sieve and strain to remove them.

How to Serve Mulled Cider

Mulled apple cider can be enjoyed ladled straight from the pot to a mug, but you can also dress it up:

There are a few liquors to choose from when you want to transition mulled apple cider to spiked apple cider. Here are my favorite combinations for a warm apple cider cocktail.

Don’t forget – “spike” just prior to serving. You don’t want to cook off the alcohol.

Did you make this Mulled Apple Cider? I’d love to know how it turned out! Leave a comment and a rating below. 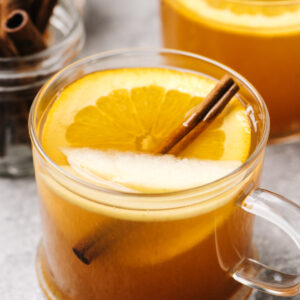 No ratings yet
Author: Danielle Esposti
Print Recipe Rate this Recipe Pin Recipe
Sugar, and spice, and everything nice… that's what Mulled Apple Cider is made of. Crockpots and dutch ovens aren't just for stews – cozy up with this aromatic brew of apple cider, fresh orange and ginger, and mulling spices. (Plus maybe a splash of something stronger after the kids are in bed for a spiked apple cider cocktail.) Simple to make, and slow-simmered for beautiful fall flavor.
Prep Time: 5 mins
Cook Time: 30 mins
Total Time: 35 mins
Servings : 16 8-oz servings
Calories: 133

To Spike (per drink)