×
You are here: Home » Meal Type » Side Dishes » Christmas Brussels Sprouts with Pistachios and Cranberries 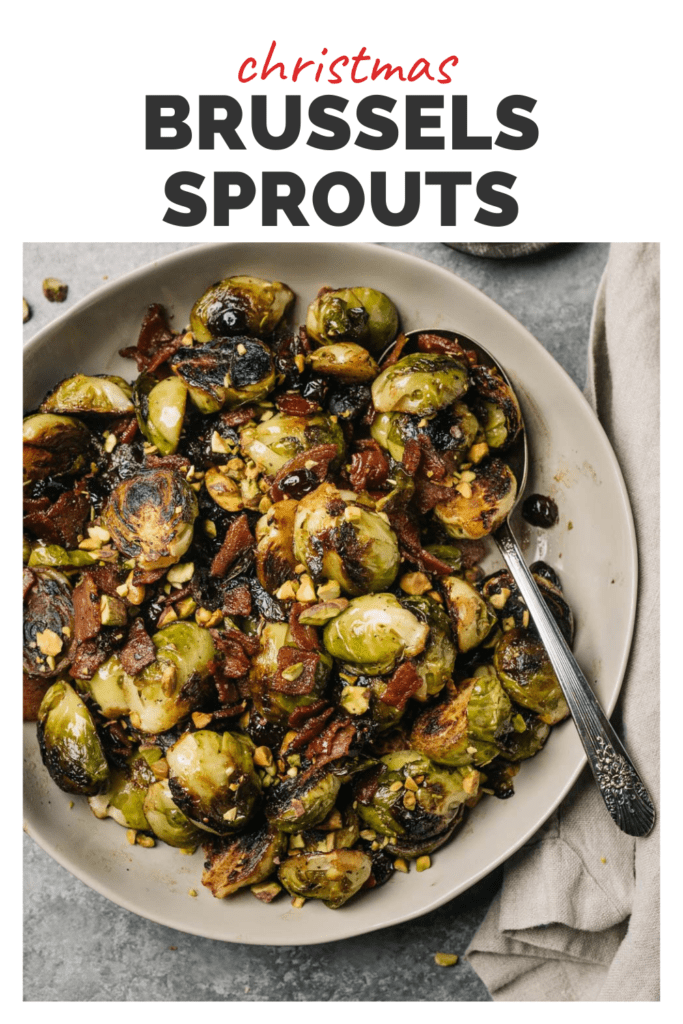 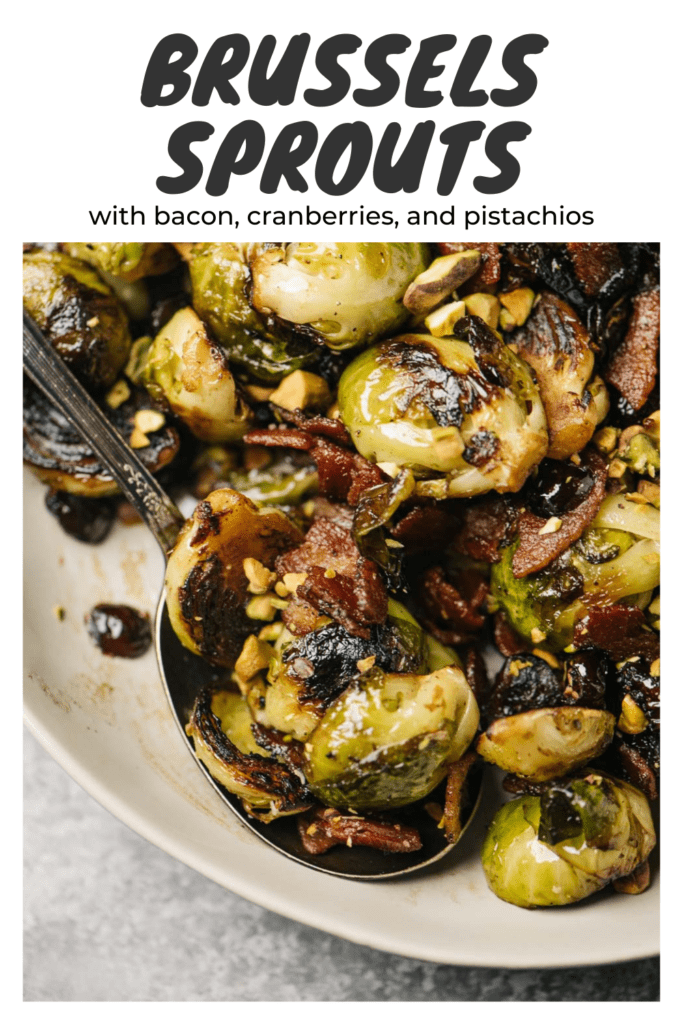 Get that mistletoe hung stat! Christmas Brussels Sprouts with pistachios and cranberries hit that sweet/salty/savory spot right in the kisser. This pretty palate pleaser features tender brussels sprouts, pan roasted with smoky bacon and tart cranberries, then topped with pistachios for crunch.

Did anyone else play at kitchen alchemy as a kid? Or was that just me? Like, you’d just mix random crap together just to see what magic might happen? None of it was palatable, of course.

This evolved into “hangover cures” in college – prairie oysters, oatmeal smoothies, straight bitters – sometimes all together. Unpleasant to say the least.

But, in adulthood, we get to play this game (hopefully) to better results. If we’re lucky, to brilliant results.

Christmas Brussels Sprouts are the outcome of one such experiment. To be fair, nothing in this pan roasted brussels sprouts recipe is “risky,” but it was a departure from my norm.

I certainly didn’t have holidays on the brain when I came up with it, but between the red cranberries, ruddy bacon, leafy sprouts, and green pistachios, I was instantly reminded of jolly times. And I hope that now being the proud beneficiary of the best Brussels sprouts recipe for Christmas, you’ll feel jolly too.

Why We Love This Recipe

We eat brussels sprouts probably twice a week when they are in season. For a long time, I was a roasted Brussels sprouts purist: brussels + fat + salt + oven = done. I didn’t even use bacon. Sacrilege.

Last month I cleaned out our pantry (horror of horrors) and discovered that I had basically an apocalyptic stockpile of nuts and dried fruit.

I scratched my head for a moment, and decided to toss some pistachios and cranberries with some brussels sprouts to try and nail down that elusive sweet / savory / salty combination that suits cabbage so well. The flavors went well, but something was missing. So, I took a chance on my favorite mantra – “bacon makes everything better” – and here. we. are.

How to Make Christmas Brussels Sprouts

Hip hip hooray for holiday sides that work on weeknights too! These Roasted Brussels Sprouts with Pistachios and Cranberries are caramelized and crunchy with the just the right kick of sweetness. They’re simple enough for an everyday meal, but look simply stunning in your Christmas spread.

Did you make these Christmas Brussels Sprouts? I’d love to know how they turned out! Leave a comment and a rating below. 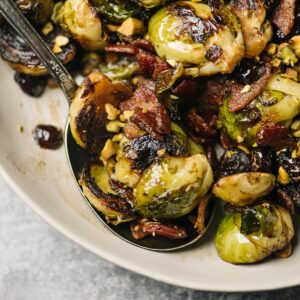 No ratings yet
Author: Danielle Esposti
Print Recipe Rate this Recipe Pin Recipe
Hip hip hooray for holiday sides that work on weeknights too! These Roasted Brussels Sprouts with Pistachios and Cranberries are caramelized and crunchy with the just the right kick of sweetness. They're simple enough for an everyday meal, but look simply stunning in your Christmas spread.
Prep Time: 10 mins
Cook Time: 25 mins
Total Time: 35 mins
Servings : 4
Calories: 126