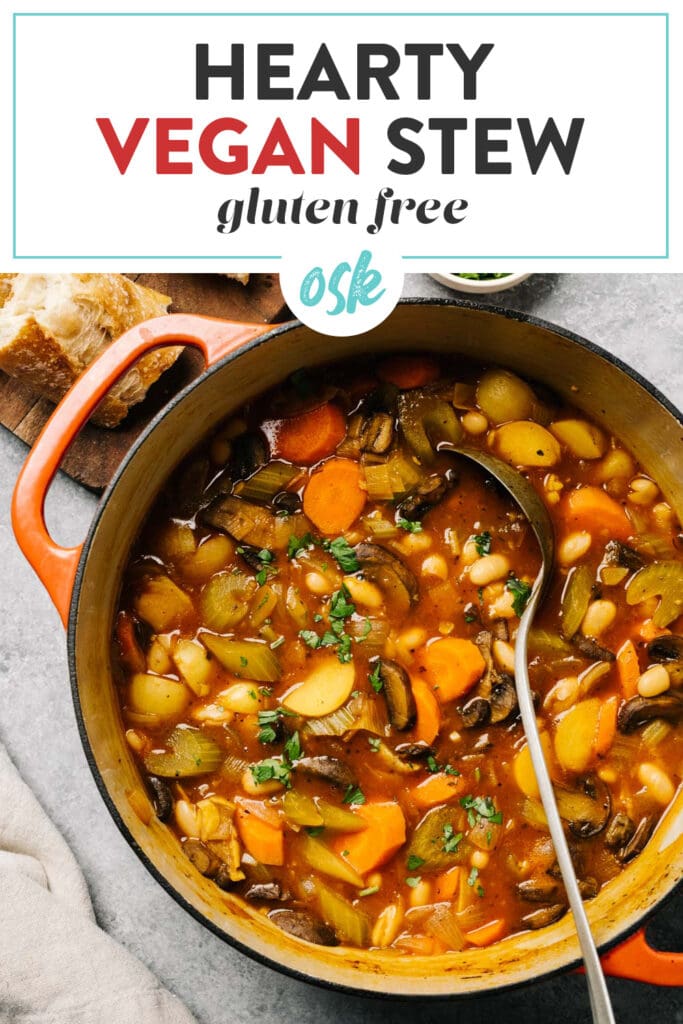 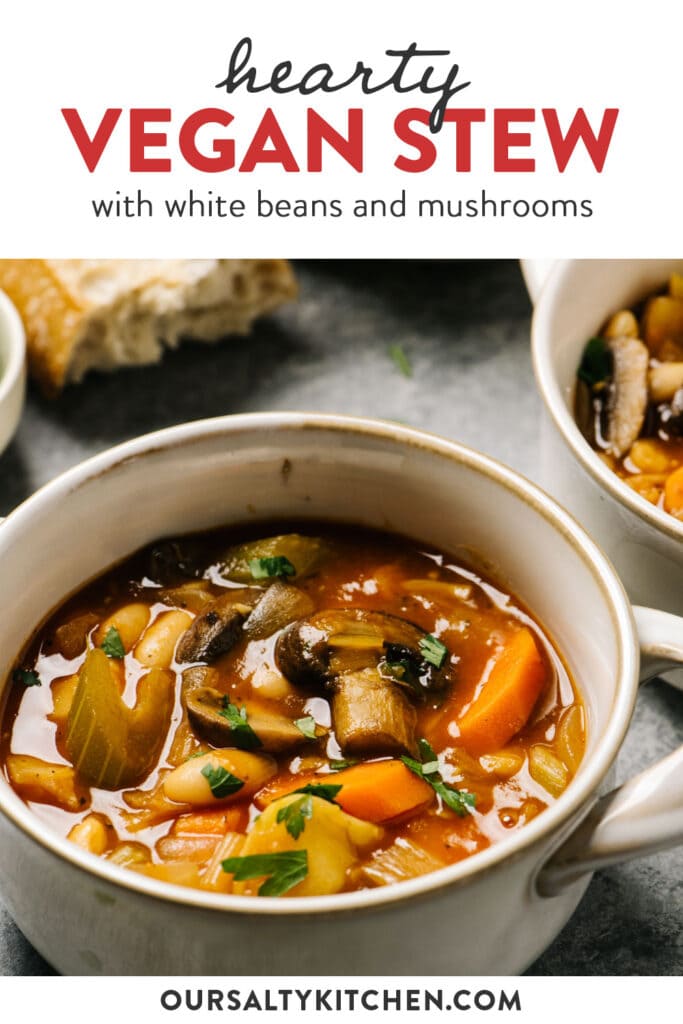 You can keep your “chunky soup;” I’ll take a homemade stew any day. And Vegetable Stew is about as chunky as it gets. Loaded with everything from stew standards like carrots, celery and potatoes, to veggie VIPs like mushrooms, leeks and beans, this hearty vegan stew definitely eats like a meal.

When I say stew, you say…? Beef. Of course you did. Because that’s what everyone says when you think of stew.

So while our natural culinary instincts may not run towards stew without meat, I guarantee you won’t be asking “Where’s the beef?” after a bowl of this hearty veggie-forward vegan stew.

While vegetable soup is about as ubiquitous as beef stew, it definitely doesn’t inspire the same stick-to-your-ribs joy. Vegetable stew, on the other hand, is all about that gravy.

Whether thickened by addition, reduction, or a combination of the two, a good stew should boil (or more accurately, simmer) down to its chunks. And this winter vegetable stew has those in spades, even without the beef.

The most beautiful thing about this dish is that it eats like a stew, but without the meat it doesn’t feel like a stew after. Super hearty, not super heavy. With plenty of veggie variations, this vegan vegetable stew is a winner when it comes to using up what you have on hand.

How to Make Vegetable Stew

Like all good stew recipes, time is your best tool when making Hearty Vegan Stew. Fortunately for us, this vegetable stew recipe takes about half the time to cook than stew with meat. Though it features winter vegetable stew favorites like leeks, mushroom, and potatoes, it freezes beautifully for when your insides need a warm hug year-round.

How to Thicken Vegan Stew

This vegan vegetable stew recipe relies on cornstarch slurry as a thickener. In combination with the starch from the canning liquid in the beans, the cornstarch creates a thicker gravy that isn’t heavy when added at the end. It also keeps this hearty winter stew vegan and gluten free.

You can also thicken with flour for a more substantial gravy. To do so, you’ll need to alter the recipe slightly:

Leftovers:  store leftover vegan stew in a sealed container in the fridge for up to 4 days. Reheat in the microwave in 30 second intervals or in a pot over medium heat until warmed through.

The stew will thicken considerably after chilling, as starch from the potatoes will leach into the gravy. You may want to add a splash of water or vegetable broth to thin it out.

Freezer:  cool, then transfer vegetable stew to a freezer-friendly container and freeze up to 2 months. Defrost in the fridge overnight, then reheat in a pot over medium heat until warmed through.

If making for the purpose of freezing, omit the cornstarch slurry and add the slurry when reheating after the stew comes to a simmer.

Make It Your Way

Did you make this Vegetable Stew recipe? I’d love to know how it turned out! Leave a comment and a rating below. 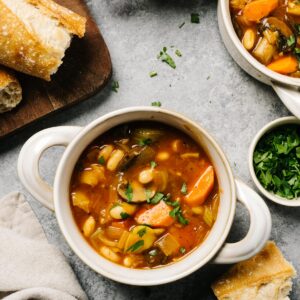