×
You are here: Home » Meal Type » Appetizers » Mushroom Bruschetta with Garlic and Rosemary 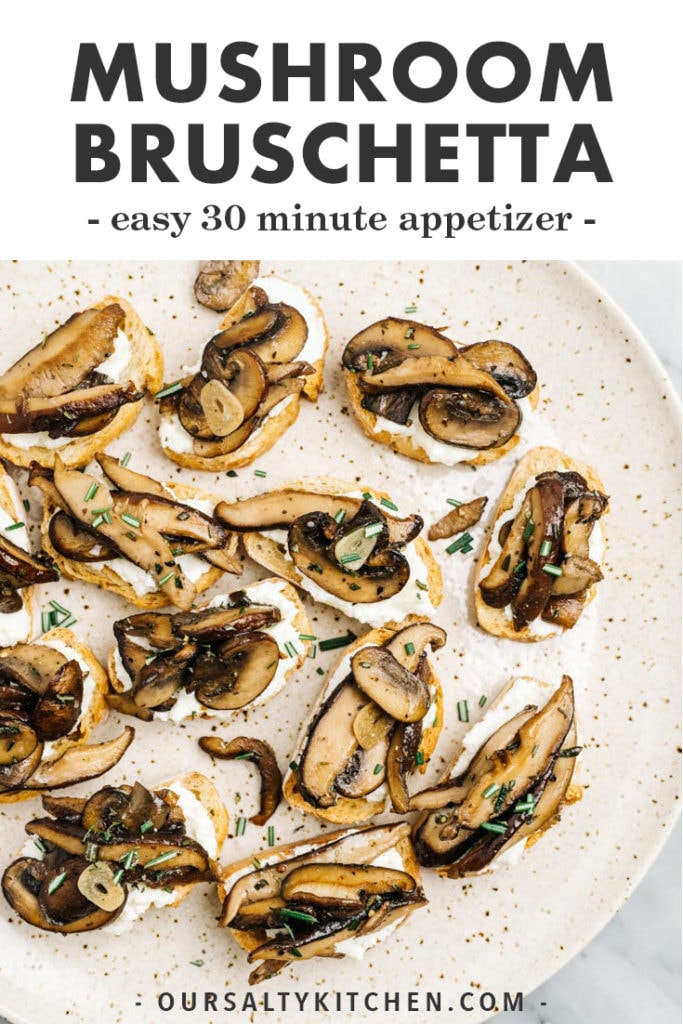 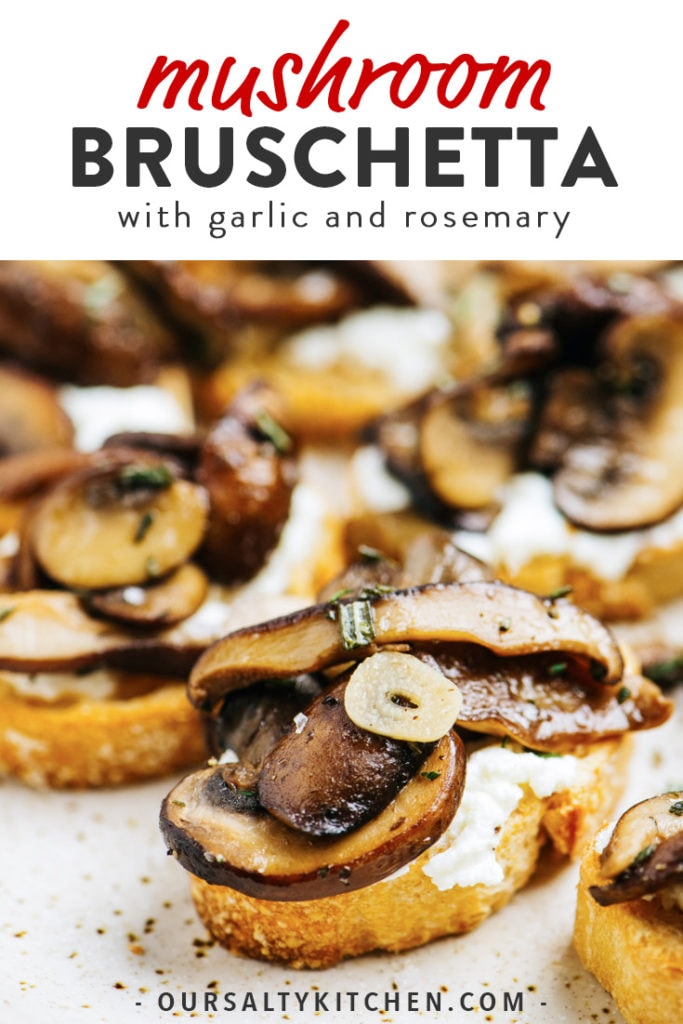 Mushroom Bruschetta is packed with herby, garlicky, earthy flavors. It’s a hearty and delicious vegetarian appetizer that even my omnivorous friends and family devour!  These bite-sized appetizers may look gourmet, but they couldn’t be easier to make and are ready in under 30 minutes. 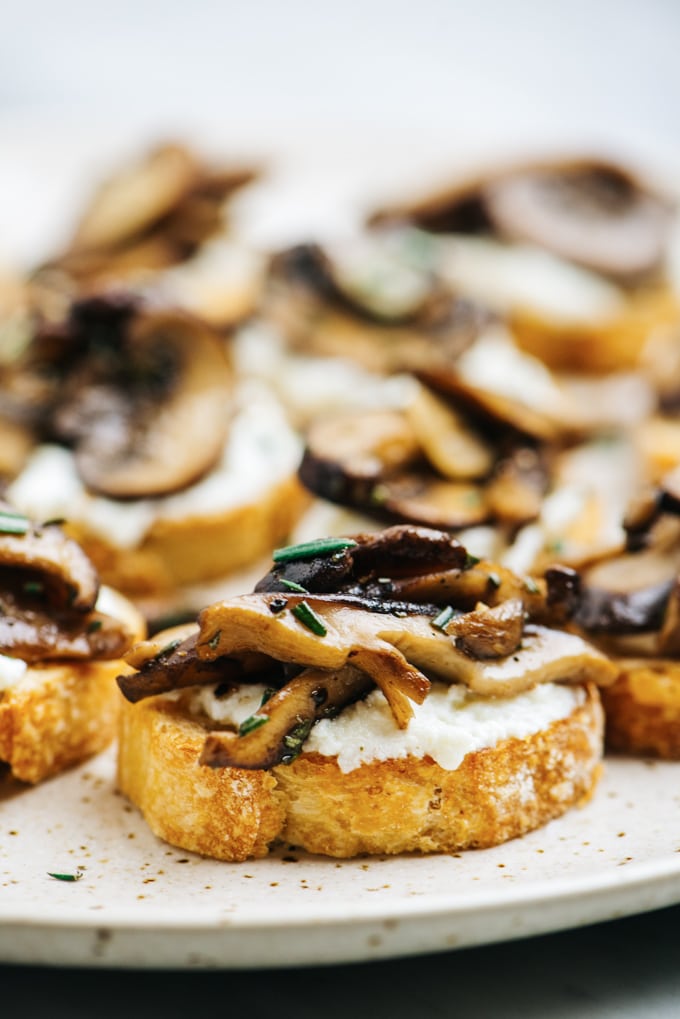 Who’s in party planning mode? Me, me, pick me!!

I love nothing more than a good party (after all, I am a former event planner!) and ’tis the season. Bruschetta or crostini are a must-have on my party planning checklist – they’re the perfect two bite-sized delight as a starter before dinner or integral piece of any cocktail party spread.

Mushroom Crostini is herby, garlicky, and earthy – AKA, seriously delicious. It’s a hearty vegetarian option that even my omnivorous friends and family devour. 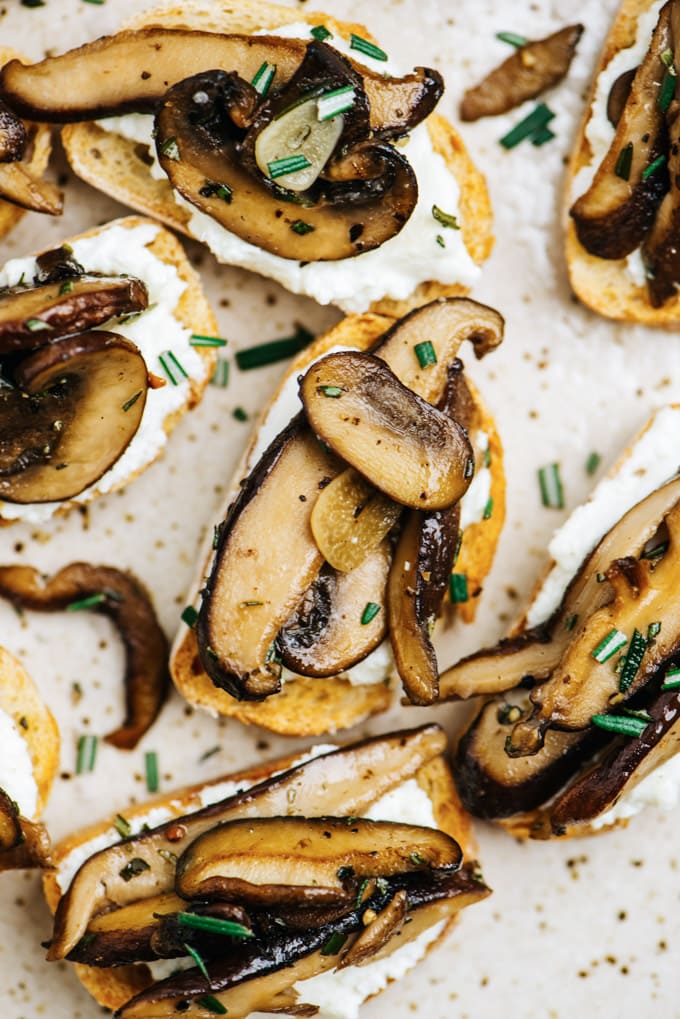 You only need a handful of real, whole food ingredients to make this  elegant cocktail party appetizer: 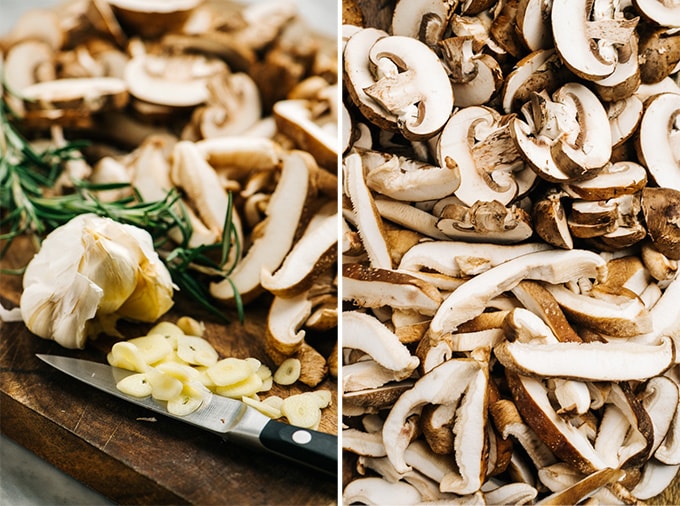 How to Make Mushroom Bruschetta

Mushroom bruschetta is such a chic and gourmet-looking offering for cocktail parties and gatherings, but it’s so easy to make! Bake the crostini ahead of time and store in an air-tight container for up to a day. Then solicit your kids or an eager early arrival for help with assembly. 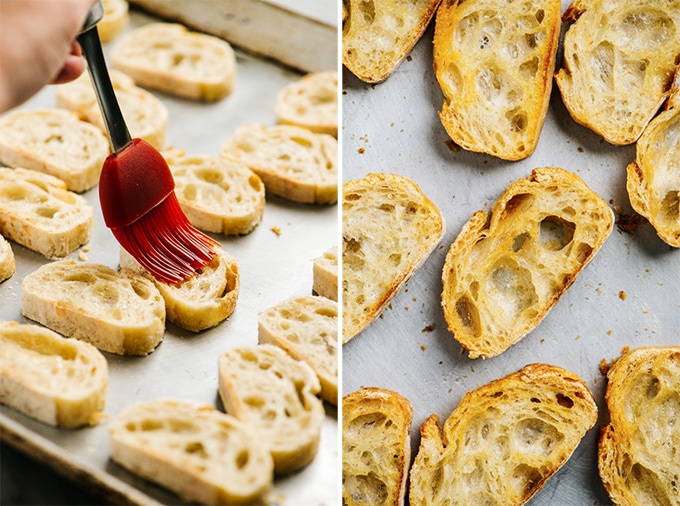 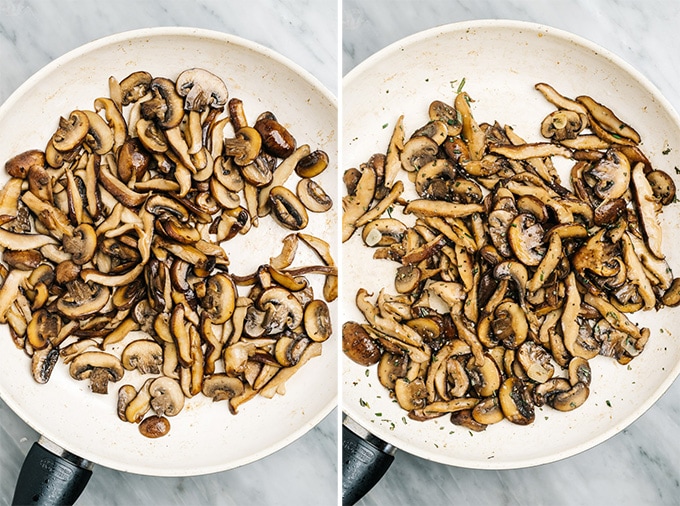 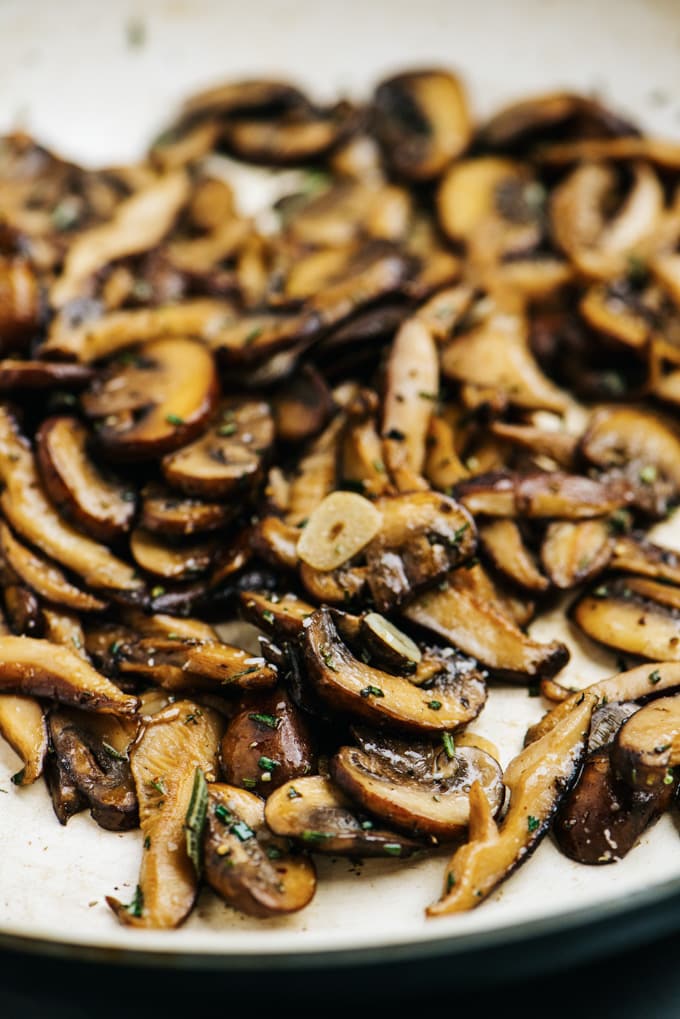 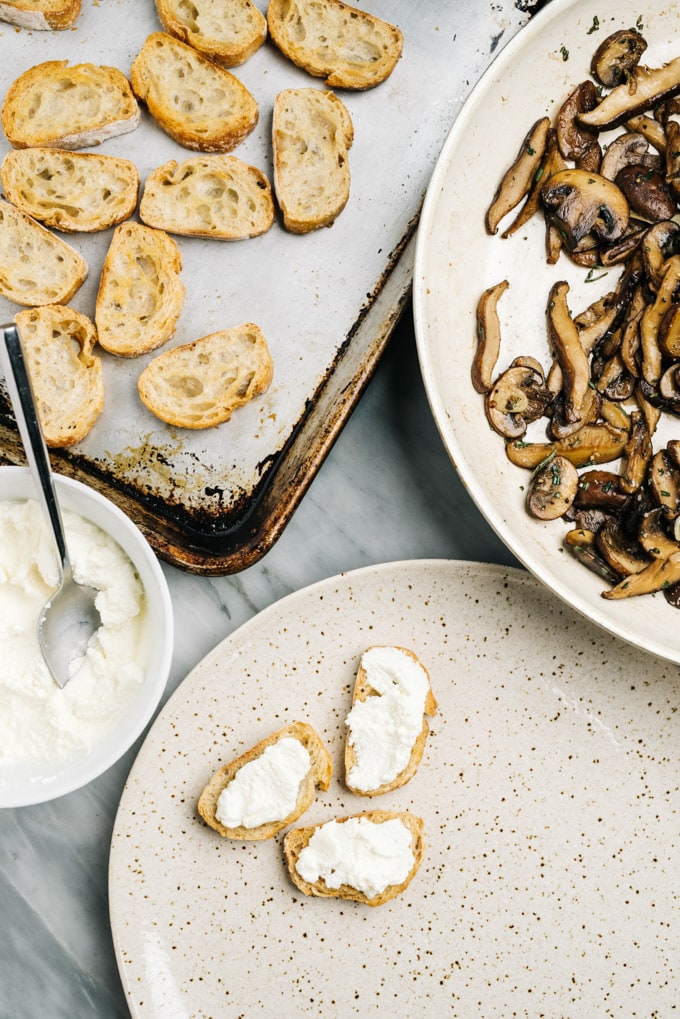 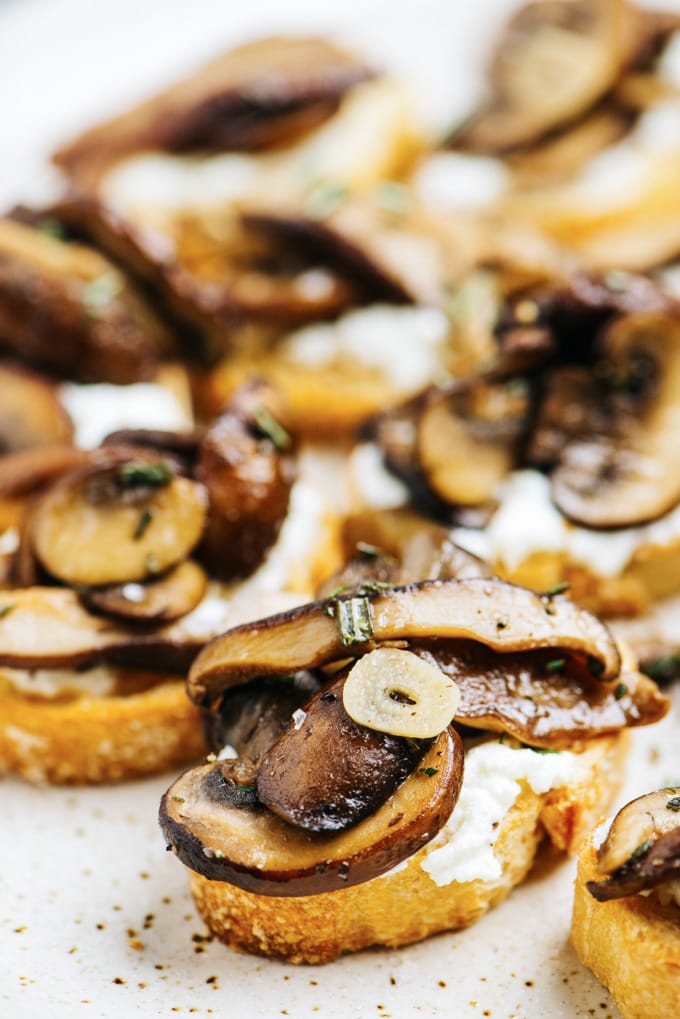 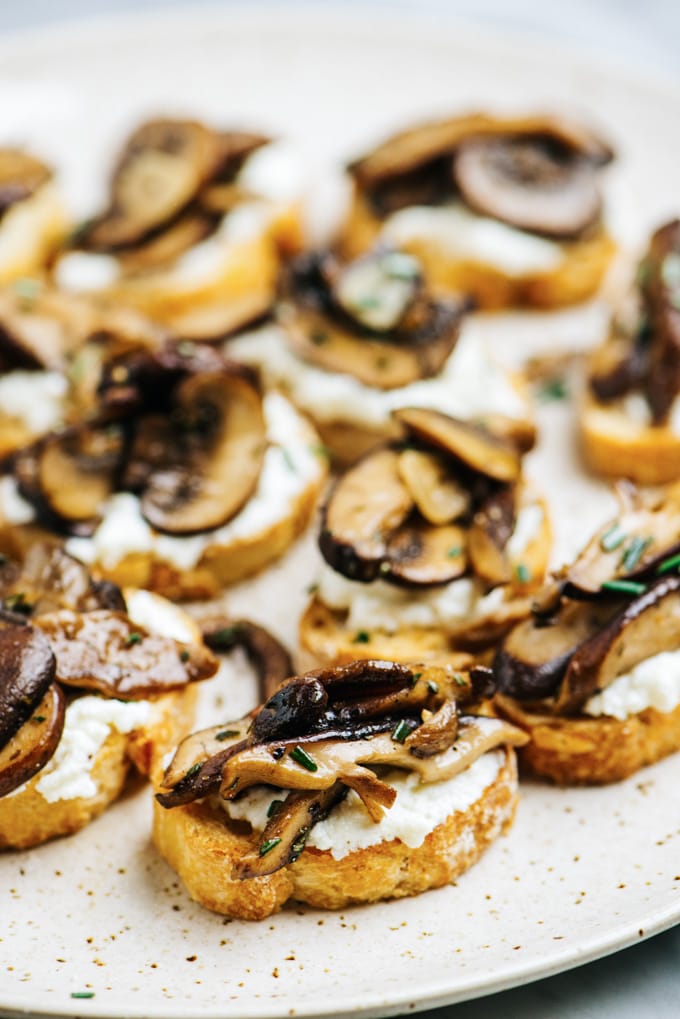 DID YOU MAKE THIS MUSHROOM BRUSCHETTA?!? I’D LOVE TO KNOW HOW IT TURNED OUT! LEAVE A COMMENT AND A RATING BELOW 👇 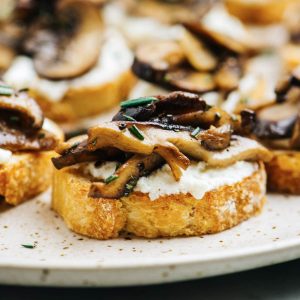 No ratings yet
Author: Danielle Esposti
Print Recipe Rate this Recipe Pin Recipe
Mushroom bruschetta is such a chic and gourmet-looking offering for cocktail parties and gatherings, but it's so easy to make! Bake the crostini ahead of time and store in an air-tight container for up to a day. The assembled bruschetta can be served warm, but will hold up for about an hour at room temperature.
Prep Time: 10 mins
Cook Time: 20 mins
Total Time: 30 mins
Servings : 24
Calories: 72