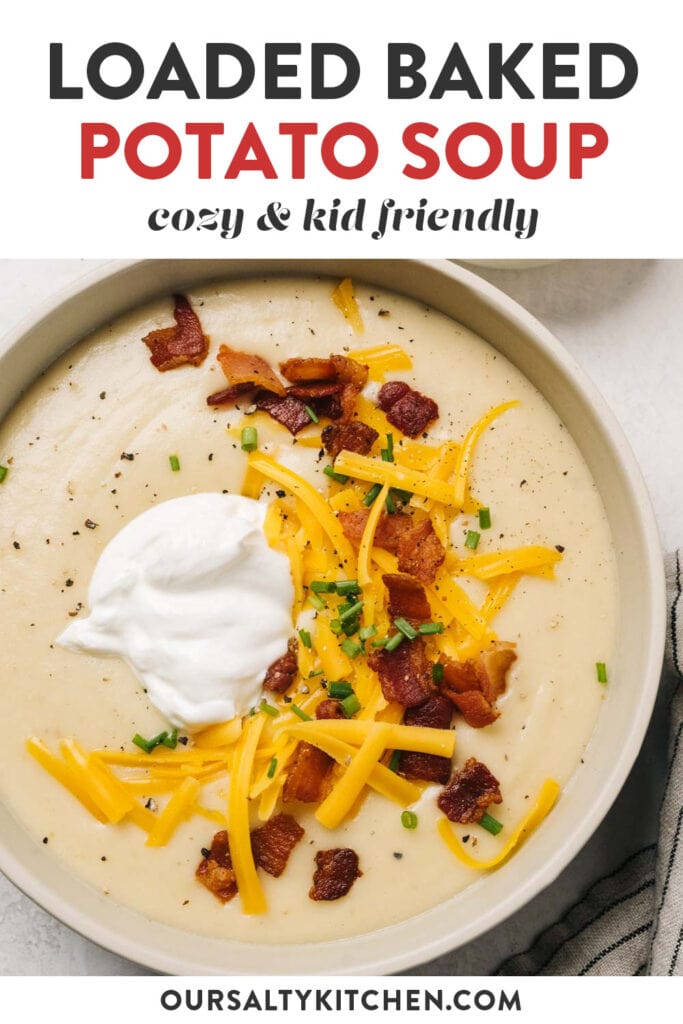 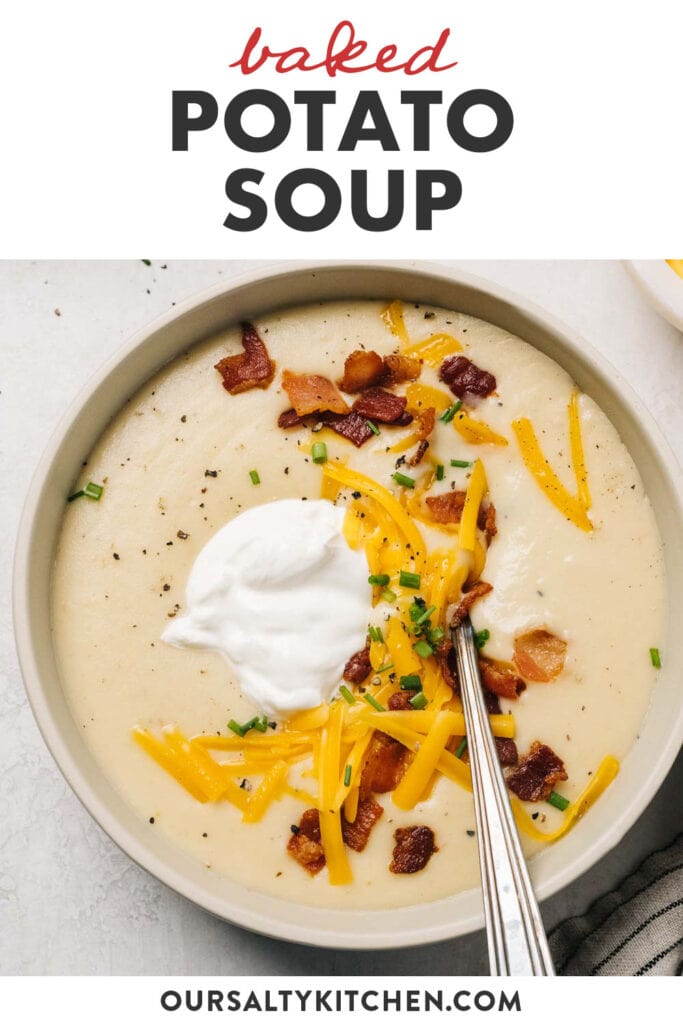 Whoever thought to turn baked potatoes into Loaded Baked Potato Soup was a genius. It really is loaded too:  veggies, russets, broth, bacon and plenty of creamy goodness from milk, cream, cheese and even sour cream, if you’re feeling so bold. Not only is it surprisingly easy to make in spite of all the ingredients and steps, it’s well worth it!

Oh. Hello. Welcome to the final installment of this week’s “Mindful Stress Eating Series:  If Drowning in Dairy is Wrong, I Don’t Wanna be Right.” I’m your host, Danielle. In case you’re just joining us, on Wednesday we enjoyed some homestyle Keto Creamed Spinach, and yesterday we devoured some Creamy Cauliflower Risotto. Both were so tasty, I meticulously scraped the remnants out of the pan after dinner and practically devoured my silicone spatula.

I usually try to keep my posts timeless (like me *sparkle*), but…it’s been a week y’all. 2020 is still raging:  the virus is spiking; we had (are still having… will never stop having…) a pretty intense election; the cold, wet weather is settling in (Guns N’ Roses was not lying about November Rain); we just lost national human treasure, Alex Trebek; and I, now apparently having crossed some invisible age threshold, threw out my back. If you’re not stress eating right now, you’re probably an android who isn’t aware they’re an android.

But, I also have a running theme and a schedule to keep, so we’re at least going to make something super creamy and super delicious. However, if you came here for a recipe that’s gonna detox your GI tract and put pep in your step, you came to the wrooooong blog today, honey. Cause today, we’re not smothering vegetables in cream and cheese, no. We’re going straight for the carbs and sprinkling on some magic fairy dust (a.k.a. bacon bits).

This loaded baked potato soup is a balm – a sedative even. You will eat it and cease to feel the need to be productive and just give in to your basic instinct to take several thick, fleecy, faux-furry blankies, build a nest, and hibernate. Do not attempt to argue with your body. You’ve earned some full-bodied, full-bellied rest. Sleep well.

Soup is the one-pot wonder we all need and crave come winter. Easy and decadent, keep this one in your back pocket for your next hibernation day. Be sure to check the recipe card for detailed instructions, as well as step-by-step photos.

Do I Have to Puree the Soup?

Nope! This soup is equally delicious served chunky-style even if you don’t have an immersion blender or don’t want to use it.

Before you start, simply dice the onions and leek (instead of thinly slicing) for best texture later. Be sure to cut the potatoes into bite-sized (½″) pieces. You can also mash half the soup in the pot using a potato masher for an in-between texture.

Can I Freeze Potato Soup?

Sorry to be a killjoy, but between the potatoes (texture will become very grainy) and dairy (texture will become grainy and dairy has a nasty tendency to separate) this is one you’re not going to want to freeze and store. If you don’t eat it all in one sitting, it will keep beautifully for 3-4 days in the fridge.

Did you make this Loaded Baked Potato Soup? I’d love to know how it turned out! Leave a comment and a rating below. 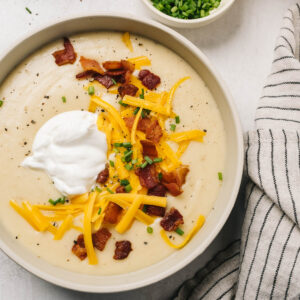