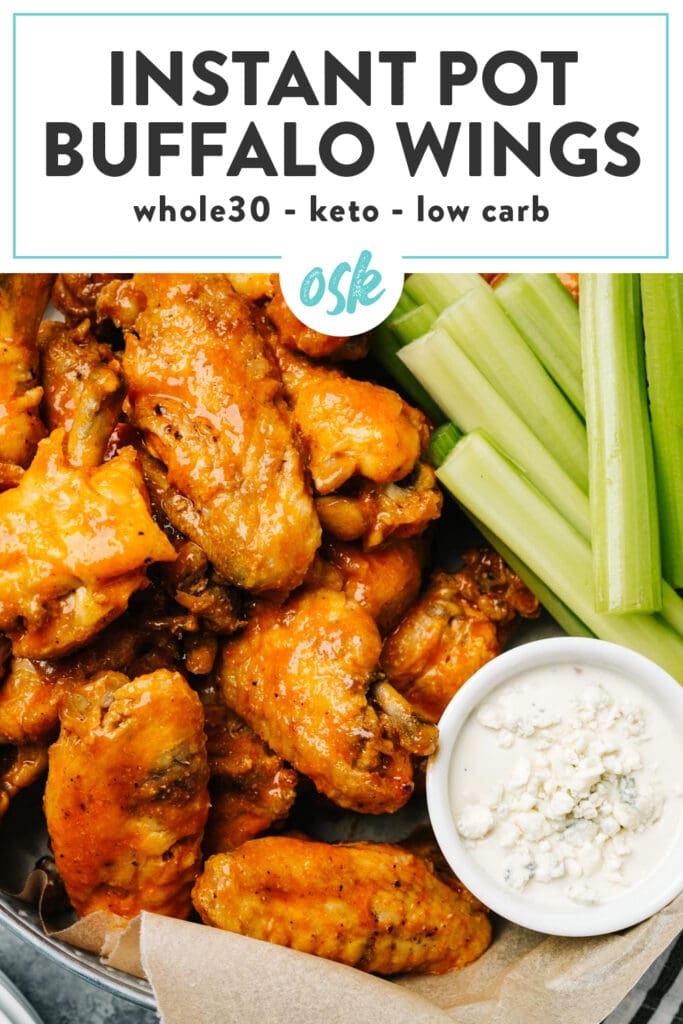 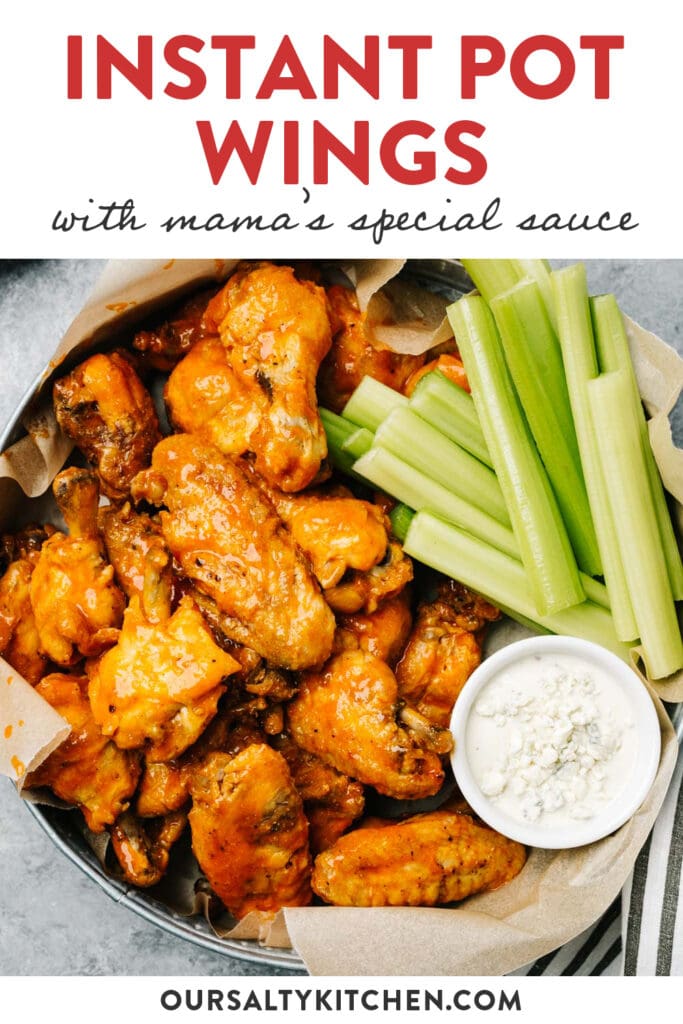 Get your game face on! (And by “game face,” I mean that covered-in-wing-sauce-while-watching-the-game face.) And speaking of games, Instant Pot Chicken Wings are a game changer – super-duper extra crispy on the outside; tender and juicy on the inside. Toss ’em in my mama’s “famous” Buffalo Sauce and you’re gonna be the game winner!

An Instant Pot? For Buffalo Wings?

I’ve made Buffalo Wings so many times, in so many ways, despite the fact that they’ve never been a great love of mine. (Though that might be changing… so read to the end.)

Back to methods – I have tried all. of. the. ways. Deep-fried? Done it. Oven baked? Been there. Boiled, then broiled? Been there too. Grilled? Close, but no cigar. I’ve also worked in various restaurants ranging from the pub to the kitschy cafe to the celebrity chef. Most served some form of wings, though some were fancier than others. The #1 customer request/complaint/feedback? “Can I get my wings extra crispy?”

Here’s the thing with wings. If you ask for extra crispy wings in a restaurant, you’re going to get quite a bit of crunch on the outside, but some stringy, tough grossness in the middle. Because the only way to make them “extra crispy” is to keep ’em in the deep fryer longer. If you make no such special requests, you’ll probably get a pile of well-cooked wings with skin that can be, from time to time, a bit slimy.

So, this is the conundrum, right? Everyone wants a wing that is perfectly crispy on the outside, because hot damn it’s delicious that way, that is also moist and tender on the inside. The closest I’ve tasted to “perfect” was a low-and-slow smoked chicken wing that took *wait for it* 5 hours. (I know I have neither the time, inclination, or a converted 55-gallon oil drum smoker in my backyard to get into that, but peace and blessings if you do…)

Enter – the INSTANT POT. It’s the magical solution we never knew we needed to achieve that perfect texture combination that makes our mouths drool and out bellies clamor for more, more, more!

Steam your wings to tender perfection in the instant pot, then broil them in the oven for that impossibly perfect combination of juicy meat and super crisp skin. You’ll never make buffalo wings another way ever again!

Some additional waxing on when to add the sauce:  many recipes will tell you to toss the wings in half the sauce before broiling. I beg you, please don’t do that. Moisture is the enemy of crispiness! For the crispiest wings possible, just toss ’em once, after they’re nice and golden brown. If over-saucing is your concern, toss with about half to two-thirds of the sauce to start, and add more as-needed.

How Long to Cook Wings in the Instant Pot?

These times were tested in my 6-quart Instant Pot. Allow for a 5-minute natural pressure release, then release the remaining pressure manually.

My 6-quart Instant Pot accommodated 5 pounds of wings – I wouldn’t cook a quantity larger than that.

Can I Cook These From Frozen?

Yes, as long as the chicken pieces have already been divided into wings and drums. It also helps if they’re not in a solid block, because they won’t fit well into the Instant Pot. Add five minutes to the cook time for an equal number of frozen wings.

Did you make these Instant Pot Buffalo Wings? I’d love to know how they turned out! Leave a comment and a rating below. 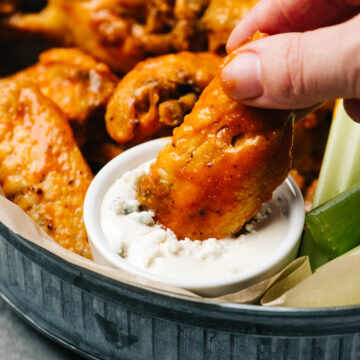 No ratings yet
Author: Danielle Esposti
Print Recipe Rate this Recipe Pin Recipe
Crispy wing dreams become reality with a little fast-love from your Instant Pot (and your oven). Instant Pot Buffalo Wings totally take the guesswork out of reaching chicken wing nirvana. Your Instant Pot locks in the moisture, broiler crisps (not burns) the skin, and oh, that tangy sauce makes your mouth water. Cook times based on weight and freshness so be as accurate as possible for best results.
Prep Time: 5 mins
Cook Time: 18 mins
Time to Pressure/Depressure: 15 mins
Total Time: 38 mins
Servings : 10
Calories: 455

Alternative Cook Times:  these times were tested in my 6-quart Instant Pot. Allow for a 5-minute natural pressure release, then release the remaining pressure manually.