Happy New Year friends! I know, it’s belated. I know, it’s been a month since we last socialized. My absence was initially unintentional (December really got the best of me), but decidedly intentional the last week or so because I’ve been working on something new to share with you! More on that shortly.

First, let’s catch up, shall we? December was crazy y’all! I very kindly asked Santa for a few extra hours each day, but instead, I got a pile of cookbooks. C’est la vie.

I plunged into a candy-making frenzy right around the time I published my last post. I made (and wrapped) 36 dozen salted caramels… 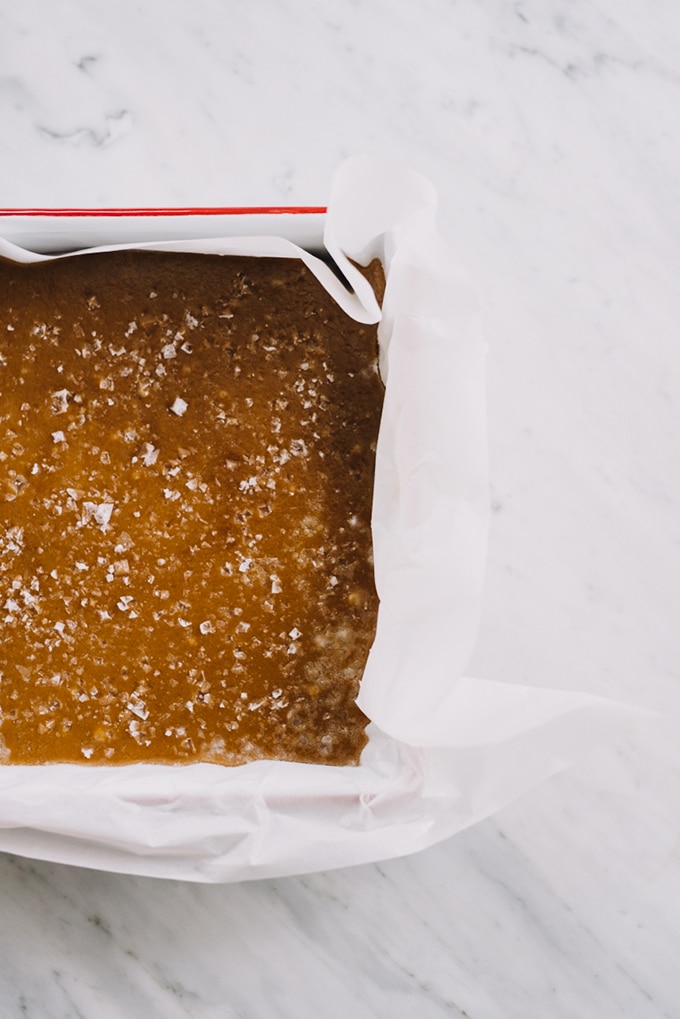 and 2 pounds of this… 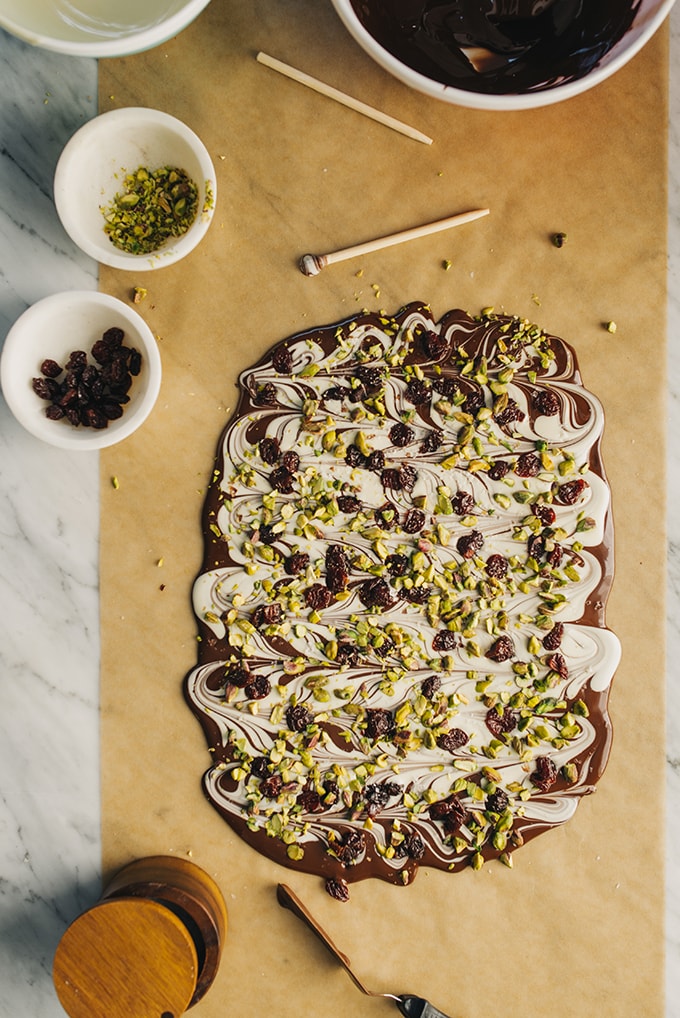 and another 2 pounds of this… 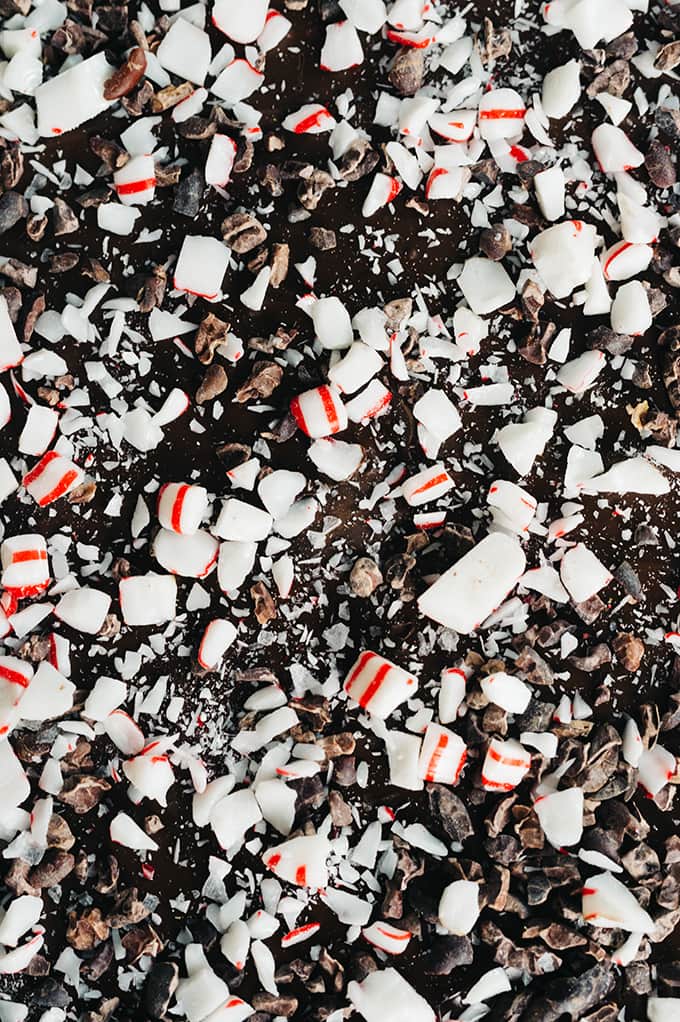 and about five dozen of these… 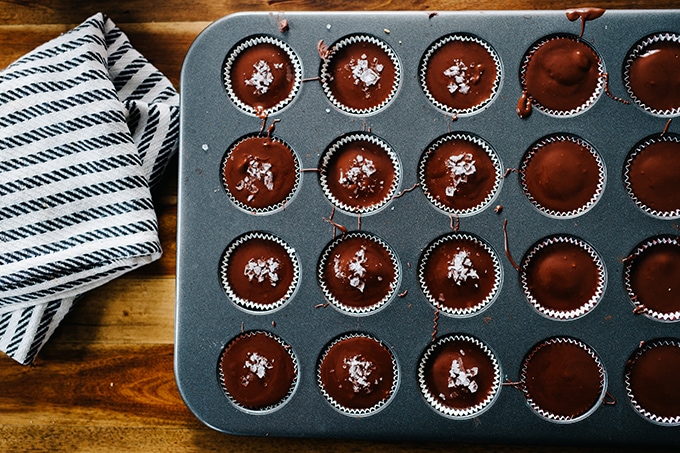 Then I took a nap.

A couple of weeks later I had the terrific honor of joining my BFF on her wedding day up in the Diry Jerz the week before Christmas. We kicked off the Season of Epic Eating with two incredible back-to-back meals and then wined and danced the night away. It. was. perfect.

We spent our first-ever Christmas in Virginia, and it was as expected – a little bit of mania, a lot of magic. I did manage to squeeze in some extra snuggles with these dudes, and that made me an extra happy Mama. 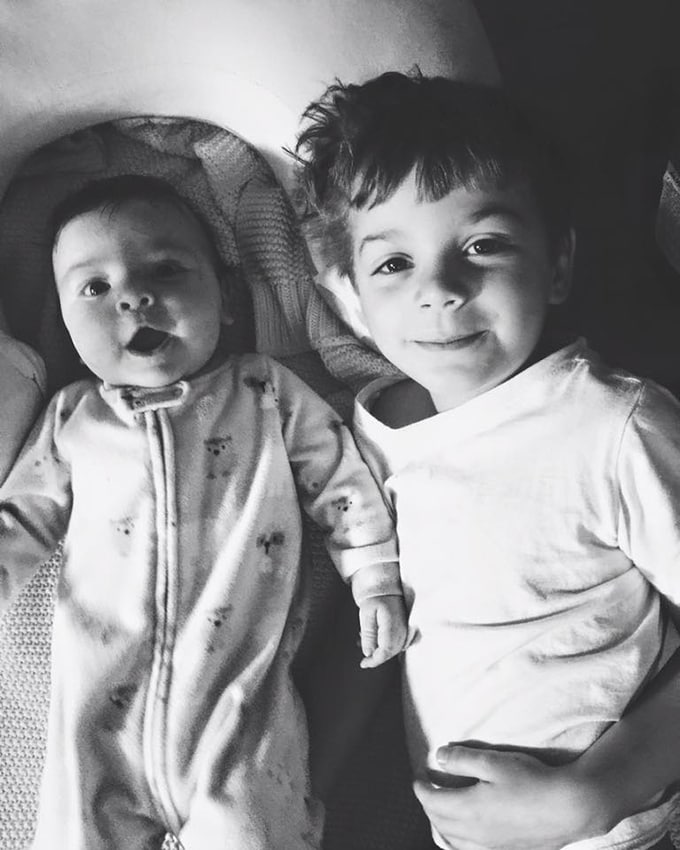 My mom and dad, two of my brothers and my uncle made the trek from Jersey down to Arlington for the weekend. On Christmas Eve I whipped up a “Red and Green” themed dinner with Lasagne (using a modified version of my Sunday Sauce), Shrimp Cocktail, Caprese Stacks, and Green Beans. 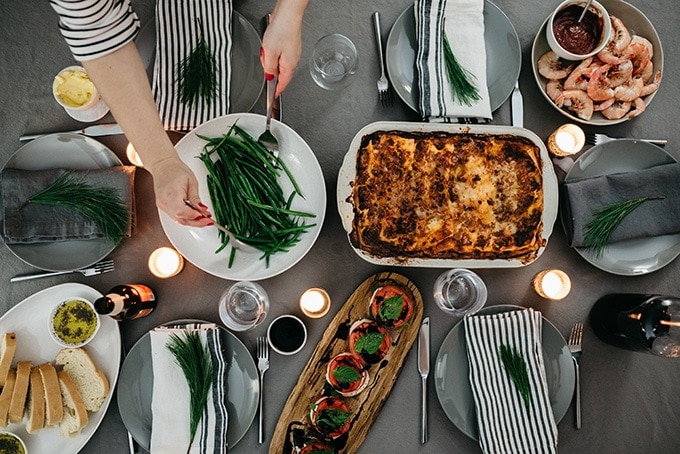 We finished up The Month of Marathon Cooking and Candy Making by eating, literally, all day on Christmas Day. We started off with Monkey Bread and fruit, with a  truckload of stocking candy in the early afternoon. By late afternoon we moved onto snacks (Sausage-Stuffed Mushrooms, Baked Brie, and Devilled Eggs), and then stuffed our faces with a sublime Beef Tenderloin for dinner, which I served with Mushroom Risotto, Domino Potatoes, and Asparagus. There are zero pics of Christmas Day food because we were too busy stuffing our faces, drinking wine, and playing Cards Against Humanities. I vowed not to step on a scale until New Year’s Day and I totally kept that promise.

So. That’s where I was in December!

Ah, the New Year. Like most Americans, I tend to make loads of New Year’s resolutions that I have little intention of keeping. But I looked back on the last few years and realized that I’ve made loads of progress without appreciating it. When Cameron and I moved into our current house about three years ago, we downsized considerably, both in space and possessions. I wouldn’t describe our lifestyle as “minimalist” (c’mon, the man owns like 12 cameras) but we definitely don’t ascribe to the larger “more, more, moreness” that can be typical of American consumer culture. Let’s go ahead and define our lifestyle as “Minimalism Lite”. We have, however, managed to shed literal truckloads of clothes, toys, housewares, and other random crap over the last few years. After this year’s annual purge over New Year’s weekend, we’re feeling pretty light, bright, and shiny.

There is, however, one yuuuuge caveat (you knew it was coming) and that is my kitchen. I am most definitely a “maximalist” home chef. I will try anything once, and my pantry is proof of that behavior. When I cleaned it out last week I had 7 – seven! – open boxes of pasta. And they were all different. <facepalm> The amount of food that goes to waste in our kitchen each week is frankly shameful. I’m falling down hard on the job when it comes to light and bright in my cooking habits.

So I put on my birthday suit and did some good ol’ shower thinking about how I might reformat my food mindset. After several bars of soap, I’m super excited to present you with (drumroll please)…The Minimalist Cooking Challenge. BOOM! Okay, I’m probably more excited about this than you are, but I hope that you’ll join me over the following months and come to share my enthusiasm.

In a nutshell. The Minimalist Cooking Challenge will be a year-long cooking challenge in which I shall limit myself to 50(ish) whole-food, locally sourced (where possible) ingredients per season. I’ll use these ingredients exclusively to prepare innumerable delicious recipes to share with each of you. There are some rules, as well as a few loop-holes and wild cards, but that’s the gist. Want to know more? Check back in tomorrow for the full plan and details!

‘Til then…very warm, albeit belated, seasons greetings and wonderful New Year wishes to all of you! xoxo